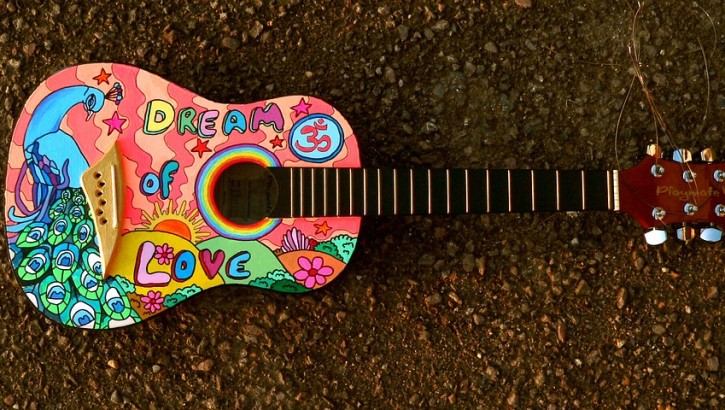 Costa del Sol is not only a cultural and touristic marketing brand at the present time. 5 decades ago, during the crazy 60s, the area between Torremolinos and Marbella was erected as the tip of the iceberg of modernity, and therefore that happened as an oasis during Franco’s regime which, in one way or another, gave in and permitted inconceivable licenses in other parts of Spain.

The comic image of the ‘Iberian macho’ in constant turmoil in the presence of Nordic women, depicted by José Luis López Vázquez, was a prepared iconography addressed to the general viewers that had nothing to do with the spectacular cultural dawn lived first in Torremolinos and later expanded to Marbella.

The proliferation of hotels along Costa del Sol during the 60s had an undeniable economic impact and supposed the starting of the engine of a great business. These establishments also worried about complementing their offer with musical performances. While the number of hotels increased, the party venues located close to the sea did the same, providing the Malaga coastline with a variety of places, not a bit inferior, to the variety of Ibiza or the Catalonian seashore.

Most of local bands became popular, performing regularly. But the distinctive element towards any other place was the fusion of the visitors, all in the context of a time of experimentation and openness to love. This way, the young “hippies”, product of the accommodated families of the “baby boom” in the 50s, moved without hesitation to emblematic places as Torremolinos. In the same way, many English bands, attracted by the musical scene and nightlife, became popular thanks to their great shows between 1967 and 1970.

In Barbarela bands such as Jullie Driscoll, con Brian Auger and The Trinity, Timebox and Wilson Pickett and even the famous James Brown performed. As a result of this, the local bands absorbed the influences and two of them Los Gritos and Los Iberos had a notorious commercial impact, appearing even on some charming trivial “cañí” films.

Papagayo, El Mañana, Pipers y Tiffany’s were as well leading night clubs. As the hotels: Pontinental, Flamingo or Pez Espada which were part of an endless list of highly cultural and traditional places.

In Marbella the Pinomar Club, Puente Romano, Don Carlos, Las Chapas, Artola, Los Monteros, El Fuerte, Skol or El Rodeo were the hotels that supported many of these “modern music bands”. During the 60s, La Pagoda, located at the Casablanca residential area, was the place of reference, and at their stage all kind of musicians played, from “hairy guys” to the sweetest singers as Charles Aznavour. In the beginning of the 70s, Jaime de Mora opened Kiss, with cutting-edge shows. Covered in modernity the city saw also the opening of the “night-club” Pata Pata. With the support of D. Jaime de Mora y Aragón and other personalities from that time, the moment of fame of Torremolinos was passed on to Marbella with a distinguishing and peculiar nature and finally earning an international name that together with Torremolinos was associated with fun, live music, the glittering contra-culture and the awakening of love in a system that promoted repression. With the hippies strolling along traditional houses painted in white, locals amazed by them and finally used to these images. The psychedelic blend had incomparable years then.

All these stories had made Marbella nowadays a full of life, privileged and cosmopolite city, a leader of tourism in Andalusia and a reference of sun, beach and party for years; nowadays also boarded by the cultural concern, the beauty of the Andalusian heritage and the increasing reputation around the world of its gastronomy for the delight and enjoyment of those who visit us. That is why many people decide to stay with us and live in this wonderful and friendly city.