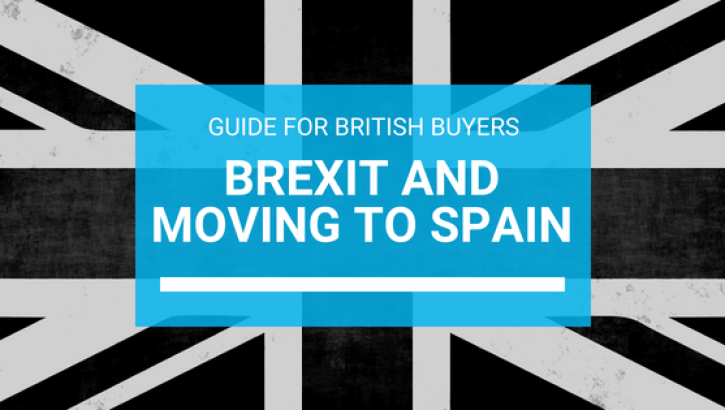 Two years after the Brexit vote, the impact for the British abroad, EU residents in the UK and the free movement of workers and European citizens remains murky. However, when it comes to Brexit and buying property in Europe, what we have seen so far is that British nationals continue to purchase homes in Spain, and in fact, many British nationals see property in Spain as a way to ensure EU access. In this post, we will review the current state of the Spanish real estate market for British buyers, future outlook for British home buyers moving to Spain and explore how Brexit may, and may not, affect Britons living and moving to Spain.

Despite a perceived down turn, the British continue buying property in Spain

The data so far suggests that the Brexit referendum and ongoing negotiations have not had a large impact on British buyers purchasing property and moving to Spain.

According to the Spanish Property Registrars 2017 annual report, buyers from the UK composed 15% of all homes registered as sold to foreigners in 2017— the British continue to be the top foreign buyers in Spain, followed by German and French citizens, who make up 8.7% and 7.8% of foreign buyers respectively. British home buyers made up almost 2% of all home purchasers in Spain in 2017, outpacing all other nationalities.

The continued prominence and strength of UK buying activity in the Spanish real estate market is testament to the fact that British buyers are bucking perceived trends of a falling Sterling Pound and Brexit jitters.

In Andalusia, where Marbella is located, British preeminence is even more evident: British nationals, attracted to the sunny and laid-back coastal lifestyle here made up 22% of all foreign home buyers in the Southern region of Spain. 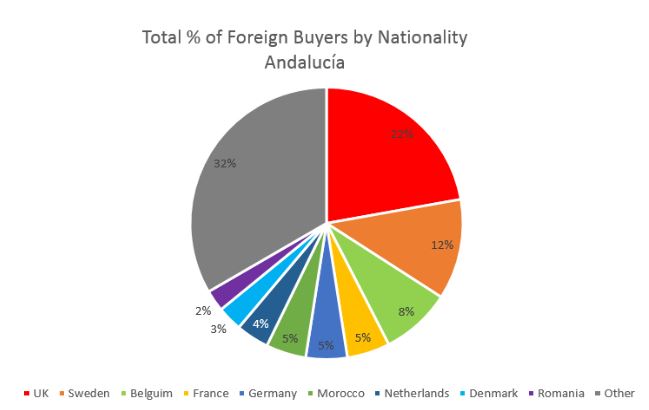 Spanish real estate market trends indicate that British buyers will continue to be a significant force in property buying in the country. In fact, as prices begin to rise, many British home buyers want to get in on a home in Spain before the housing market heats up. There are already multiple indicators that the market is humming along in 2018, and that British buyers are especially active as they seek to purchase property in Spain before Brexit negotiations are finalised. This has created a sense of urgency for some prospective buyers– Britons want to secure their sunny dream homes before a possible housing market boom or pronounced currency instability.

Some British citizens who are considering buying during the ongoing Brexit negotiations and proceedings are put off by the fact that at some point, they will not be part of the European Union anymore. These fears are somewhat exaggerated, especially when we take into account that Norwegians, Swedes, Moroccans and many other citizens from non-EU countries have been purchasing residential property in Marbella and Spain for decades and will continue to do so.

The fundamentals of buying, renting out a property you own or paying taxes on your holiday or residential home in Spain will likely remain the same post-Brexit. One area that will potentially change is within the scope of inheritance task, as British nationals in Spain are currently are able to take advantage of lower inheritance taxes in Spain, but thorough estate planning could potentially help mitigate this issue for British expats.

It is also unlikely that Brexit will have serious consequences for British retirees, there will be possible effects for those working outside of Britain in EU-countries, but Spain and Great Britain already have a treaty to ensure that there is no double taxation for income tax. In general, tax rates are regularly modified by governments in different countries, so it’s best to always keep an eye on these developments, wherever you may live.

A final thought that should assuage the Brexit fears of Britons considering buying property in Marbella or Spain is the 1969 Vienna Convention on the Law of Treaties which contains multiple articles detailing “acquired rights” which are those rights that individuals gain over time and cannot be rescinded due to changes in future treaties. In other words, those British citizens who purchase a home in Marbella now, will not be stripped of their acquired rights once Brexit goes into effect.